Time to review the work done, time to think about the new incoming challenges. Time to rest, to sleep, to run, to walk to talk.

Coming home is a rest time in the sense of being considered a person without the influence of what you do for work. You just are what you have been during your childhood, your youth… with your defects, your values, your past and your friends; those guys are there to remind you what you really are.

This is the probably one of the best things I appreciate during these days, 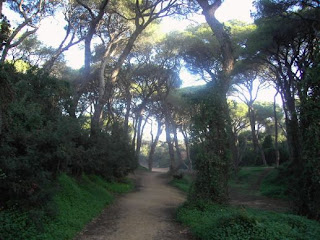 There are people that they surf with any type of conditions, there are others than if conditions are not as bad as these, they don’t think on going to the water: 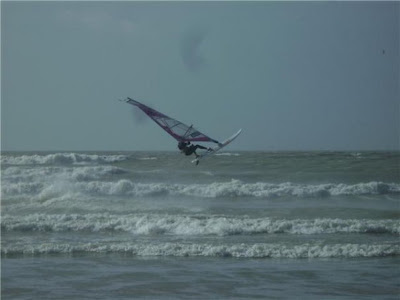 However there are other people that they don’t know how to surf with all these type of problems at the same time: wind, water, waves….

If you don’t know how to handle these conditions you simply know that today you cannot surf.

The application of this simple law (common sense) in the sea it’s something that with some people trying to get projects is not applied. They think that they can handle these conditions as something natural, that they can access to these levels of responsibilities and be able to survive.

You have seen them surfing on quiet waters without problems but you have also seen them with difficulties and you know they cannot surf in conditions like the photo above.

If you let them surf today they can have problems… 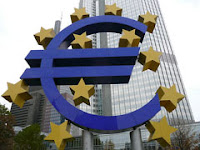 During these last months one of the things I have discovered has been Tempo Programme, the European Commission framework to coordinate all the IT challenges develop for and by the EC.

I have just giving a quick view to some of the documents that I needed to review discovering that there are so many processes and procedures aligned to ITIL: change management, demand management.

The use of Rational Unified Process (RUP) is extensive and the preffered development path is what we call internally Increase Development Path (IDP).

The nomenclature used is more or less the standard in other standard methodologies, so it seems that the work under this methodology is not so different to the standards.

Yesterday we delivered a package about 32 kilos of papers that represent phisically the answer to the RFP we have been working since April.

Last 10 weeks have been amaizing, it’s the first time I have enrolled a work like this and it means that I have learnt a huge amount of things.

The total dedication to one exercise like this or other is something that I like instead of being the whole year doing the same thing or dedicated to a regular assignment. I prefer to have 100% of dedication to something during a period of time and then rest and do other things.

Stress?? 🙂 sure! Last day we were organizing the last details and we delivered 1 hour before the post office was closed!!! All was under control, je je 😀

During my trip to Nepal and taking into account than then it was when I had some time to read.

Since this trip I have read:

and now I have started Mr. Vertigo, written too by Paul Auster.

I have enjoyed till now the first 3 books, and the fourth one seems to be great. But the important fact for me is that I have returned to read novels (since april I didn’t read one) and I have parked work readings by a while.

I will return to do it in my holidays, I have already bought 2 new books. 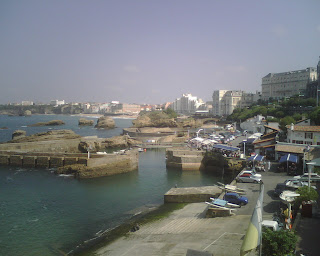 I have enjoyed reading this phenomenom named “Parkinson’s Law“,

Tomorrow I will use this articule in order to align some behaviours that are not helping the team.
In addition, the second sense of the Parkinson’s law:

“Data expands to fill the space available for storage”

reminds me that the people who wrote the RFP I’m involved now, were aware of this law.
They did something easy: to limit the content of the answers to 3 pages in order to avoid this effect of having thousand of words that do not say nothing.

Looking for the % of COLA in India during the last few years, I found this curious survey.

I want to remind it, and the behaviour of the cost of living around the world during these 2 hard years.

The COLA in India has not being so high during this year due to the change of the Rupee, that has decreased with respect the dollar and the euro.

Nevertheless it shouldn’t confuse us, because really the inflation is usually higher than in other countries, so for multi-year forecasting we need to be cautious.

Dynamic Systems Development (or DSDM) is a method based on the assumption that nothing is perfect first time, but that 80% of the solution can be produced in 20% of the time it would take to produce the whole solution.

It is highly iterative, all steps can be re-visited, therefore the current step need be completed only enough to move to the next step. It builds on the best practices of traditional waterfall development approaches, and includes the controlled use of new techniques without allowing RAD to revert back to hacking out code and documenting it on the back of a cigarette packet! 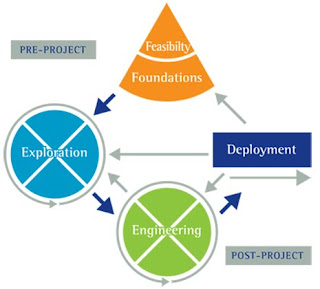 The DSDM Consortium, launched in January 1994, is creating an industry-standard, public domain method for Rapid Application Development (RAD). It has over 50 members including corporate users such as: British Airways, Allied Domecq, American Express and J P Morgan Investment Management and software houses/tools vendors such as: Logica, Data Sciences, Cognos, Sapiens.
In the early 1990s a new term ‘Rapid Application Development’ (or RAD) was launched upon an unsuspecting IT industry. RAD was intended to be different from the classical, sequential (or ‘Waterfall’) methods for application development.
RAD grew as a movement in a very unstructured way; there was no commonly agreed definition of a RAD process, and many different vendors and consultants came up with their own interpretation and approach.

This question was raised in 1990, but apparently just some years ago is when it has become popular. 🙂

I’m now inmersed in a call for tender. The way to work on the call is answering the specific questions with no more than 3 pages.

My main responsibility is manage the evolution of the works providing the resources and helping the team with the things they need.

Other thing I do is review the different technical documents we have to deliver, looking for mistakes and taking into account the model we want to offer is in each one of the different questions.

Other interesting assignment I have is the calculation of the individual rates we have to offer for each one of the teams. This part is a little bit complicated becuase in this framework contract they do not ask for an individual rates, they have built different teams compositions taking into account the activity performed and the number of people which compose the team. You get money just for the delivery of these types of activities, so indirect costs have to be added to these rates (overhead, infrastructure, travels, training, bench…).

Let’s see how it finnishes. 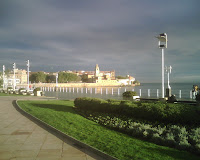 This week I received an e-mail from an old co-worker that is still working in the maintenance of applications that I used to create.

In his e-mail he mentioned that once of the applications that I developed, when I used to be the only developer of a little division of the company is still running.
After 8 years, they continue deploying new instances of this application to new companies of the group.
It’s comforting to listen these kind of things.