I work planning the future all the time, not only when I’m working on a project, I love to trace the vision about the reactions of a client, how the people feel in the team, how people are tracing their proffesional careers.

I suppose that almost everybody in these kind of positions do it.
Sometimes this effort has caused some pitfalls, but generally it has been a very productive exercise and I really think that this is the right way to trace a strategy around some issue, taking always into account that you only have to dedicate the right time to these thoughts and working on facts.
This perspective of future makes me think about how I want that some things happen. With it, I prepare the conditions for doing that something happens it’s also a known tool that makes things happen in a “natural” way.
You can think “it’s called manipulation”. No this is not my style, you can get some quick wins doing it, but people is not stupid and finally they will see what you are doing.
In addition the revision of the corporate ethics is so important, they are the basic game rules.
So finally, I see me as a film director that have the film on his mind and have to record the planned scenes, nevertheless the producer will ask about it, he has to handle actor’s whims, control the cost of the ‘action scenes’…. so he cannot have all the film in his mind, but key scenes should.

Reading about the implementation of a PMO, first phase needed is to create the conditions for change. As part of it, there is the need o creating a sense of urgency and economic value.

Some general remarks to create this need:

The main reason remarked in 2 sources is to build a PMO should be “to prevent large projects failures”.

As almost everything in a company, one of the key for a success starting of any idea, is that the idea grow up from direction, better if the idea is told by them 🙂

Reading about all this issues I see that the preparation phase is going to be longer than I expected.

I have been reading about this issue becuase it’s important to learn where other failed in order to try to avoid it.

Mainly it’s due to different combinations of factors:

I will increase this list when I read more. If you know something else, please let me know.

There are a lot of expectations in the creation of the PMO in our site. They want a PMO; they don’t know what it is and what not, but they want one.

In this scenario where expectations are so high, the first thing to do is to manage them.

At this time I think I need to prepare the field court.

The company where I work has a proven methodology and all people expect that we are only limit on work to implement it.

For me that’s an error, and I need to explain it carefully.

I see the construction od the PMO as an organizational change that will cover a lot of items of the site (people, processes…). This approach is the right one for me, the other things are tools that I need to use in the process.

As all changes, I need to create a movement:

In any case, a good communication plan is mandatory.

I still need to mature this approach because change minds is not bread & crumbs, but first phase will be to prepare conditions for change. 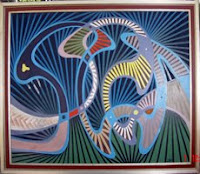 Build a PMO will be one of my new responsibilities during next months.

It’s not going to be easy but it’s a great challenge that I really need.

What would be the starting point for this PMO?

The starting point is that there are some good business reasons to create this PMO: local market, growth of the management team, coaching & mentoring needs…

My first deliverable? Initially I have to prepare the PMO charter with its all some components as mission, objectives, responsibilities and the roles that will compound this team (yes, I will have a team). Once I get the approval of my sponsor I will work on it, but the preparation of this Project Charter will conclude on January, I need vacations,

Perfect time to read some books I have already bought about PMOs,

Let´s see how it works…

I was looking for an useful book about how to approach a negotiation. I found this one: start with no by Jim Camp.

Some notes taken while I have read: 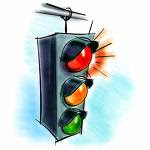 During last 18 months I have seen the evolution of a project management program.

It started from cero, in a while it grew up so fast and the team increased from 10 to 25 people in a month. After that, it was supposed that the growth of the team increases till 50 people.
Reach this point, the work load was so high and the people was fighting to get all projects on time with the expectations of a increase in the staff till the mentioned number.
These people were thrown into the challenge, all these expectations had a big influence on the people working there.
The work was on track.
Suddenly there are some corporate decisions onto the account that have decide to move the work to a low cost office, reason? $$
Ok, all the people understand the reason, but people involved in program is now exhausted.
Some of the team has been moved to other projects and as the pressure is lower than in this project, they are recovering.
But the people that stay closing the program are suffering the consequences. All of them need vacations (not the regular ones) and have a time to rest.
My worry about this issue??
Nobody can anticipate to these behaviours of the market and high level decisions, but somebody should took care about the emotional balance and its consequences, isn’t it?