“Governments should adopt the Wardley Map approach to help shape their migration to Government as a Platform.”

I work with SAP HCM and I am always looking for the direction this solution is taking. I found this article that explains very well the situation of the product and the road-map.

For me and my customer, the summary is:

Traditional banks have so many challenges with their conversion to the digital world. Same thing is happening with the newspapers and other industries. 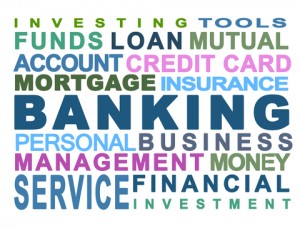 With the banks the bottom-line is that they come from a very regulated market with big barriers for the penetration of new competitors. They have an ecosystem who has been changing so much during the last 30 years, and they have been the first ones to take the advantage of the IT, so the challenges they are facing today is not a new situation for them (for instance, the newspaper companies are not used to have these type of dynamics where the market completely changes).

The new ingredient to the banking market is that some IT companies wants to become banks. Paypal, Google, Facebook…. they have started to manage so many volume of payments. Payments who are not managed by traditional banks anymore.

The next step can be that with a good volume of treasury, these IT companies, can request to the central bank of a country to be able to extend credits, loans… as the major supermarkets are already doing.

So this is the situation, there are so many different reactions the banks have had and they are managing it in different ways. I can only write about 2 cases that I know.

Case two, the bank has continued their expansion buying other banks, acquiring with them new IT departments, people with knowledge in their own areas and making the complexity of the IT organization to be so much complex. They have integration plans that are not always completed properly, so they are not able to take the competitive advantage that they where assuming during the acquisition analysis. They also have a strong dependency on third parties who has the knowledge of the processes and these vendors are only interested on the T&M contracts, that’s it. They were too much far away in terms of percentage of outsourced consulting services.

In this situation, the second bank has an organization with low costs of operations, but their time response to evolve their solutions is slow, their ability to change and adapt the organization and the operations are very poor. They know they can compete in the next quarters and be operationally efficient, but the 5 years road map they draw in 2007 is obsolete and they as organization have not been able to react to the changes that were coming.

This is my personal view, if you type “traditional banks challenges” in a search engine, you will read more! For instance this one.

I have already worked with different customer frameworks, and the companies I worked, they also have their own.Everybody has one, and they all are more or less aligned with the standards: PMI, ITIL, Cobit, Togaf…

Every time I start with a new customer and I dig in the rules of the game (their framework), I ask some basic questions:

The answer to the last question is the more interesting to me, here is where you can see how committed is an organization in terms of governance and management of all the aspects of the IT activities in an organization.

Not all companies are committed and “married” with their frameworks, and the use demanded to the vendors is not always equal.

In an environment where different vendors are competing and you want to ensure the quality and coordination of the whole implementation of the IT activities, the exhaustive use of a framework is key to promote equal competition and avoid low quality.

This sounds basic, but I have seen this sequence so many times:

I was reviewing Gartner magic quadrants related to enterprise mobility management (EMM) from 2011 to 2014.

the battle is opened, the leaders are:

It is is a legal document which regulates credit support for derivative transactions. It is one of the four parts that make up an ISDA Master Agreement but is not mandatory. It is possible to have an ISDA agreement without a CSA but normally not a CSA without an ISDA.

It is a model legal agreement designed for parties transacting repos and is published by the International Capital Market Association (ICMA), which is the body representing the  bond and repo markets in Europe. The GMRA is the principal master agreement for cross-border repos globally, as well as for many domestic repo markets.

It is the most commonly used master service agreement for Over-the-counter (OTC) derivative transactions internationally. It is part of a framework of documents, designed to enable OTC derivatives to be documented fully and flexibly.

Also known as “off-exchange” trading is done directly between two parties, without any supervision of an exchange. It is contrasted with exchange trading, which occurs via exchanges. In an OTC trade, the price is not necessarily published for the public.

The OFAC is a financial intelligence and enforcement agency of the U.S. government charged with planning and execution of economic and trade sanctions in support of U.S. national security and foreign policy objectives. Very interesting the history of this institution.

The project to complete my Bachelor Sciences Degree I was a QMS software, build in Lotus Notes, with reporting done using XML, and on LN5. In 2001 was a good project for my university. I built my modules based on total quality management principles that during the last 13 years have not changed so much.

This is the reason I was smiling when I found that Quality Collaboration By Design has similar modules that my project. I find the software interesting in terms of content, but they should move the solution to the cloud.

The only solution as a service I found it was ZenDoc. The major companies works on QMS implementing their own solutions based on the collaboration platform they have in the company. At the end of the day, every Quality Department has their own templates and their own processes based on the standards, to implement it on JIRA, SharePoint, Lotus Notes, .NET, or even Force.com it’s not relevant at all.

In the improvement program I’ve worked, we have done a set of improvements and definition of processes for the different areas of the business we decided to work on.

Every aspect of each process has their details, and they also are linked with the others.

I created this chart to represent how they are going on in terms of evolution, try to discuss and prioritize next steps.

We could not put in place all the improvement actions at the same time as operations and business day to day do not stop, so we planned it in this way: launching each improving at different quarters and introducing others once the previous ones were matured enough.

In some areas we have advanced a lot, in some others we still have to improve, but in general the adoption of these standards have improved the efficiency of the operations and the understanding of “what the others are doing”.

Wall Street Journal did a infography of the main figures of Amazon with respect its retail competitors during the inception of the company. I want to keep this chart for my memory. 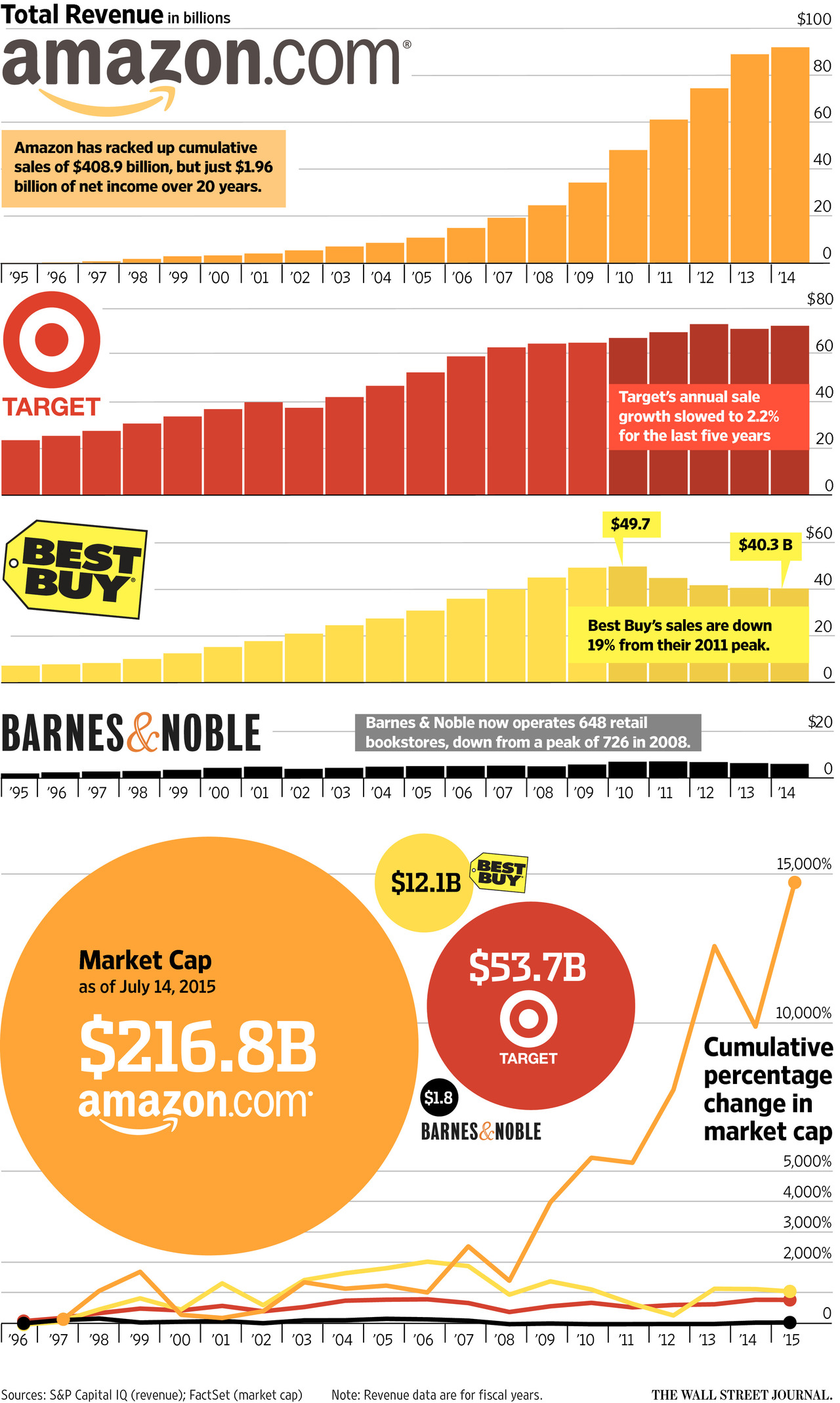 I need to remind this article which contains so much valuable details about how to discover the situation of a corporation through mapping the different areas of the company.

The phases are simple:

The table below is a check list that helps you to gain a lot of understanding of what you should be looking for.