AUTOSAR (AUTomotive Open System ARchitecture) is a worldwide development partnership of vehicle manufacturers, suppliers and other companies from the electronics, semiconductor and software industry.

The AUTOSAR standard will serve as a platform upon which future vehicle applications will be implemented and will also serve to minimize the current barriers between functional domains. It will, therefore, be possible to map functions and functional networks to different control nodes in the system, almost independently from the associated hardware.

Autosar focuses on the software architecture for electronic control units (ECU) in road vehicles, their deployment to networked ECU systems in vehicles, and the configuration of the basic software in such ECUs.

EATOP is an Eclipse-based implementation of the EAST-ADL standard, which has a relationship with Autosar through Artop.

The AUTOSAR Tool Platform User Group (Artop) develops and maintains a platform with common base functionality for creating modeling tools supporting the AUTOSAR standard. Artop essentially encompasses implementations of the different releases of the AUTOSAR meta-model plus a rich set of services and components for managing and processing AUTOSAR models. 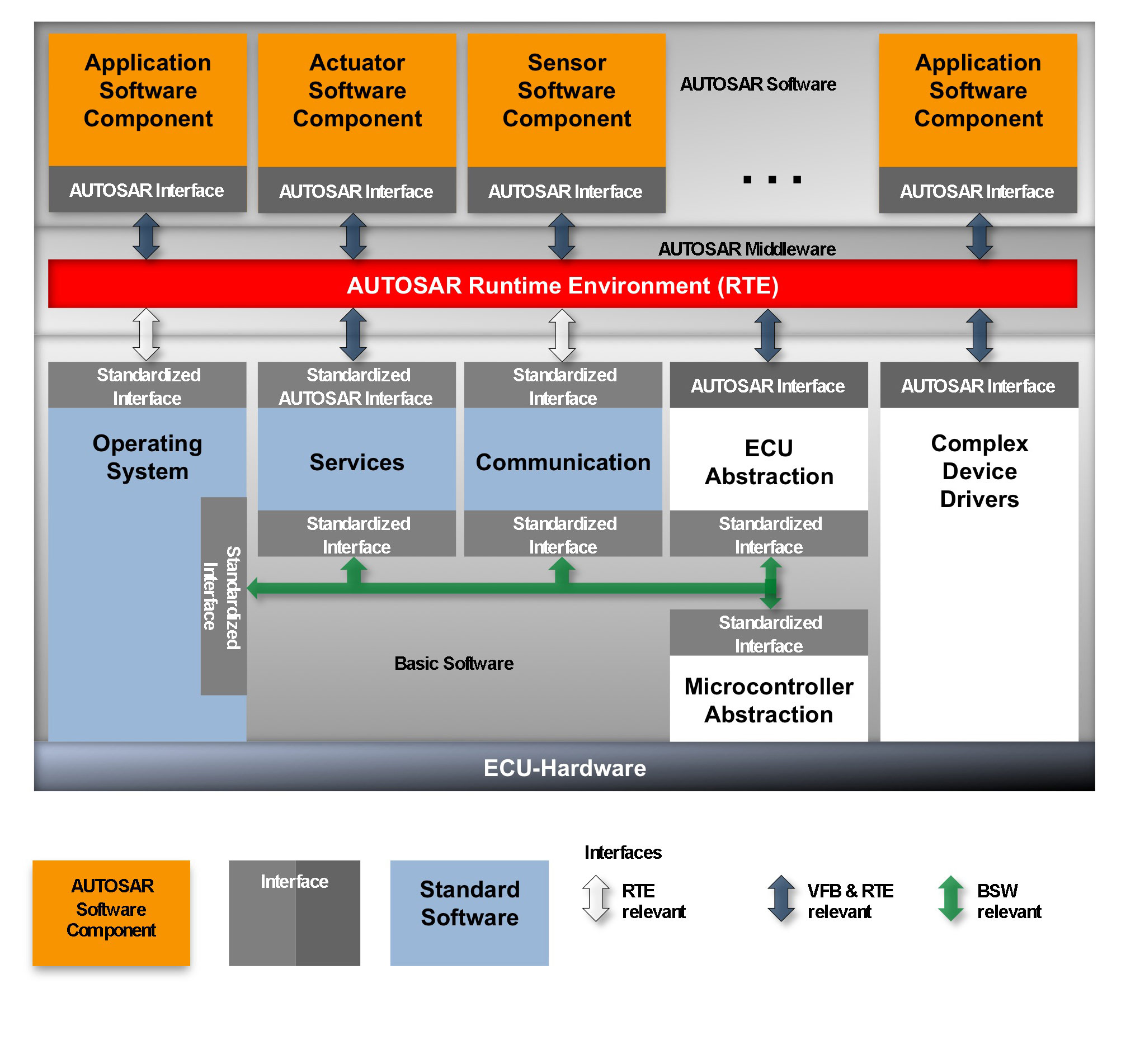