I have been drawing this map as part of a conversation on slack with other user (Tom) where I was trying to figure out what map and needs are required.

So I started with the user: the algorithmic trader. This person wants to implement an algorithm for executing trades automatically without human intervention. So, the design of a system, the back-test of the algorithm and the execution of the final tested code are its main needs.

Then, you could decide if to do it by yourself or using one of the existing platforms. I know Quantopian a little bit, so I have used this one as reference for the map (you can use others).

I have drawn the lines in different colors to differentiate the selection of a user that wants to take one route or other: user that builds its own environment (green) or that uses a platform (orange).

I have doubts with the practice, in the few knowledge I have, practices depends more on the models and technique that an author writes about. 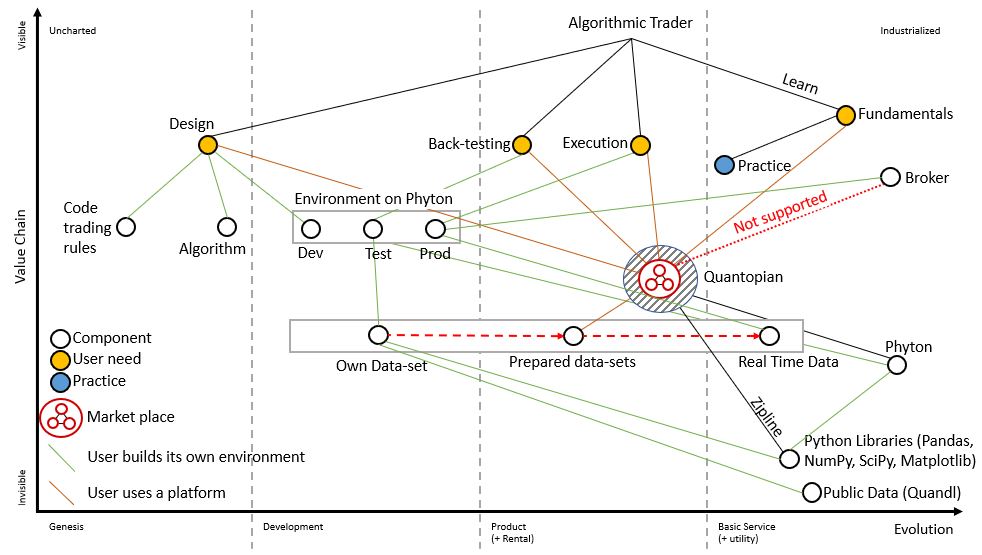 The typical steps that an algorithmic trader do are:

Key aspects of the map:

This Bostonian company has two main lines of business are:

There were a moment where they took a decision

In 2017, Quantopian decided not support the connection with live trading brokers

I have read this note, where it’s announced that Quantopian no longer supports live trading through Interactive Brokers (or Robinhood). Here, the users are moving to other environments, some of the ones mentioned are:

Reading the comments of the forums, it seems that the solutions are not perfect, but the users are surviving using other environments. The users having their own environment must be laughing.

The point is, Quantopian wanted to have a free environment to promote winning scripts and then use them with their institutional investors. To have real winning algorithms you need real competition that forces people to find higher profits, not just a mediocre profit that an individual could use to earn some dollars. They probably identified that real competition was invaded by average brokers that wanted to take advantage of a free environment, and they cut the umbilical cord for these average brokers.

Quantopian’s Community Services are Closing, this is the title of the note published to announce the closing of the Research and Backtesting are no longer available.

We can identify two sets of gameplays used by Quantopian:

Which other gameplays do you identify? 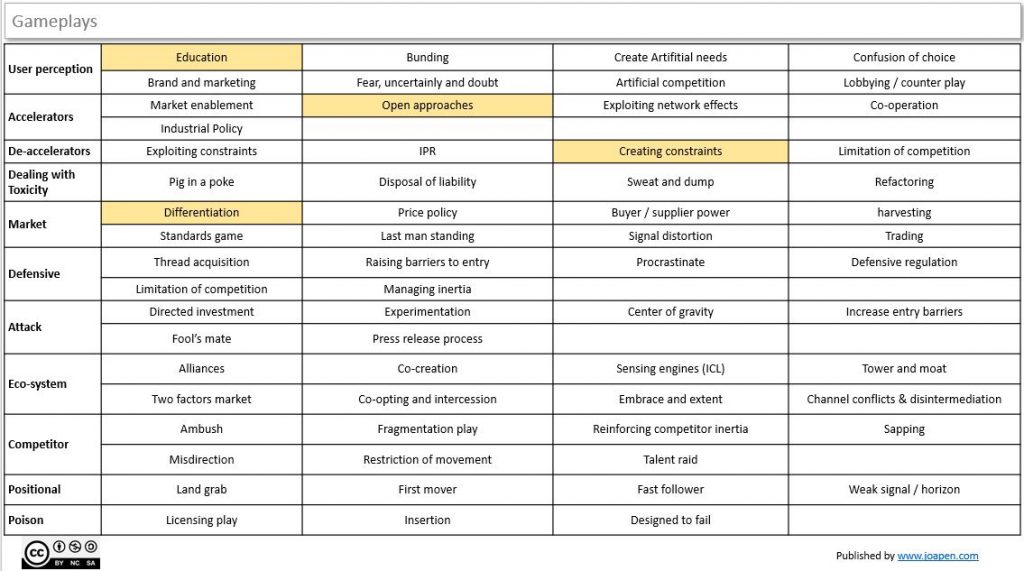 Which other platforms exist?

I found this picture in https://tradingtuitions.com/  that is very useful to understand some of them: