Coming from the post published by Simon Wardley Digital Sovereignty, I was thinking about some way to look at the situation at the right perspective.

So here they come some initial toughs about what potentially could come.

In my last post Government and Facebook conflicts, I point to some basic conflicts between governments and Facebook. The same exercise can be done with other major companies as Google, Amazon or Apple. But now I would like better to focus on a higher perspective. How these digital models are implemented around the world.

In US we have GAFA (Google, Amazon, Facebook and Apple) you probably would like to add Microsoft, Netflix and other ones, but for this time let’s simplify it.

Then I would like to point the fact that China is implementing these models and the companies that in parallel are doing something similar but in a different way are what is commonly known as BATX (Baidu, Alibaba, Tencent and Xiaomi).

I would like to start with a map copying the idea of Simon where he represents the national sovereignty. 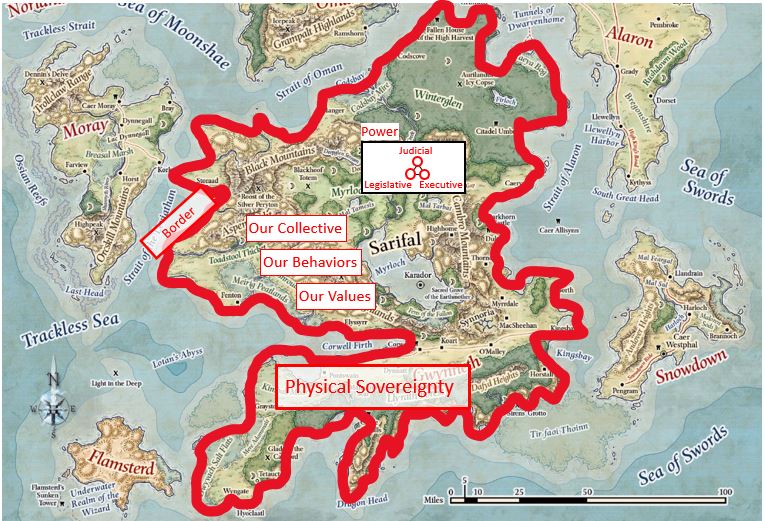 From that map, I was thinking about the borders between the world as we all know and the effect of these big companies. So I would like you to think about a map as this: 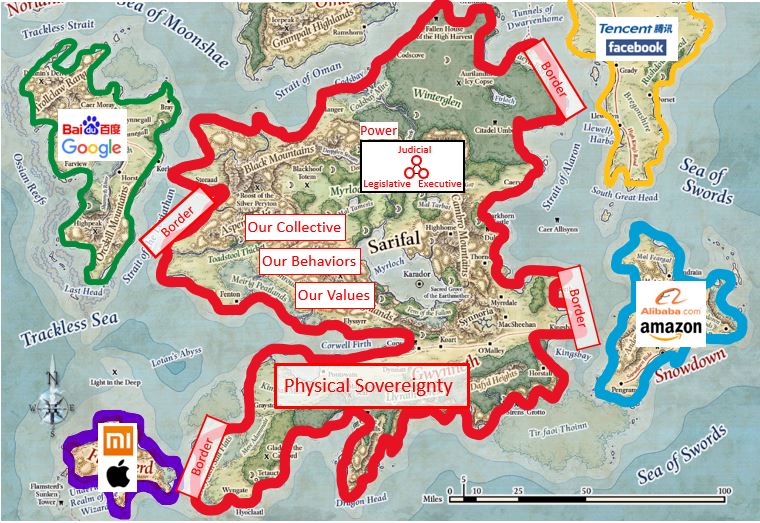 These companies are there, they are present in the daily lives of so many people and we see them as “friends”, but they are acting without control and they are invading many basic rights that took years to have: safety (data protection legislative environment…), privacy, civil rights, habits, behaviors.

Right now you can think that they are complex and very evolved activities, but if you look with a perspective of 20 years, the technology that they have today is nuts with respect the amount of innovation that is coming in these fields.

The machine learning and Artificial Intelligence available in 10 years will make us blush.

What are the governments doing?

The only country that reacted to this situation was China, that started copying the US models, and from that point, they have evolved to something different. For instance, if you compare Facebook and Tencent, the evolution of the platforms/services have evolved in very different ways.

In the long term, they are massive destruction weapons, ready to be used when required.

In the 60’s we had the cold war, between western countries and communism countries, right now there are 2 countries building digital weapons. Look at the map in this way:

What are the other lands doing with respect the Digital Sovereignty?