The dictionary says that a belief is an acceptance that something exists or is true, especially one without proof. The beliefs are the pillars of the expectations. These beliefs are built during our childhood, and after that they become strong and part of our personality.

To discover and modify these beliefs is not part of the standard education. The acceleration of the change and the growing complexity of our environment makes that some of the beliefs that they were useful in the past, now the become limiting belief.

What can we do then?

The most difficult part of this process is to be aware that you are influenced by a limiting belief. To build your expectations on limiting beliefs will have negative consequences and it’s important to understand that sometimes we have to review them.

I found this nice diagram showing how self-beliefs trap or free us: 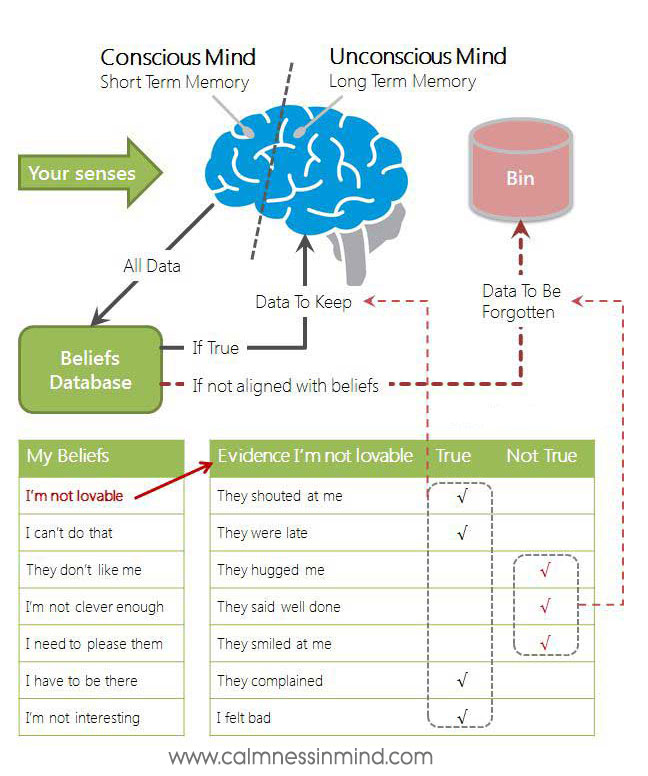 By the way, to work on the beliefs is in fact one of the main topics of coaching and NLP.